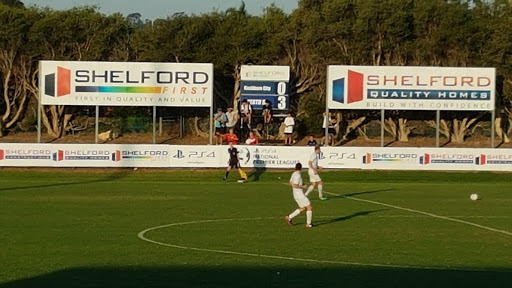 Cockburn City has a unique family feel and has since seen Scott Miller returned to his junior home to take on the postion as Senior Head Coach for season 2016 after a return from Perth Glory Youth Squad. Scott Miller was the  Coach after a successful promotion to Premier League  in 2012 under his direction. Jason Petkovic is  our Senior Club Goal Keeping Coach. The return of such successful accomplished players is an asset to the club. Andy Thorburn has been appointed as his Assistant for season 2016.

Cockburn City completed a 5 year plan of our Junior Development Program for the juniors in the Cockburn area, which started in 2006 under the direction of Gareth Naven (former Perth Glory) and Alistair Edwards (former Perth Glory and Socceroos).In 2013 Chris Adams joins the family as the Youth Development Officer and will continue as Goal Keeping Coach For Junior NPL and Division Squads for 2016.  Chris Thackray has been appointed Our Technical Director for 2016.

In recent seasons we have help to develop a number of State players in various age groups with over 18 of these now involved in the National Training Centre (NTC) program and we have had boys in the Qantas Joeys (Australia U-17) commencing their competitive international football careers and had 3 boys selected for a scholarship in the Australian Institute of Sport (AIS) during this time. We also have 5 players playing internationally.

The ongoing education of the clubs junior coaches and continuous assessment of teaching practises that was started is leading the way to make Cockburn City Soccer Club the benchmark for the future of juniors in the state. We now have an Equal Opportunity Squad for players with disabilitites which has seen Chris Minutillio represent the State ( Best player for WA and Football West Special Needs Player of the season 2013, Finalist Junior Amatuer player of the year 2014, Para Olympic Silver Medal Special Olympics and Player of the Year 2015), Women’s teams and a Master’s and Social team training alongside our junior and senior teams, as soccer is growing as a sport in Western Australia and Nationally.

Looking towards season 2016 we have been successfully applied in 2014 and entered National Premier League. We enjoyed a successful application with topping the ladder with 99.3% rating on our application.

2016 Season will see our Reserves coached by Joe Pereira and Ross Greer.  Our 18’s will be coached by John Loreto and Rob Santich.  Our Women League was also very successful winning the League in 2012 and 2013 to entered the State Women’s Premier League but will re join the Division 1 for 2015. For 2016 they require a committed Coach – we hope to appoint shortly.