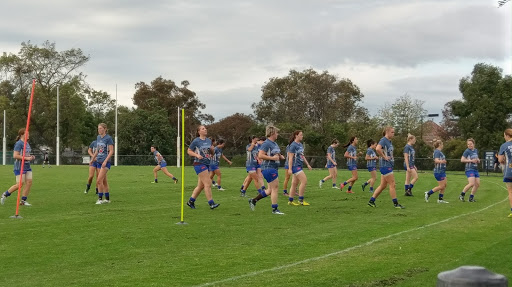 Welcome to the website of the Ormond Amateur Football Club. The Club was formed in 1931 and is affiliated with the Victorian Amateur Football Association. Ormond is the 12th oldest club participating in the VAFA, and is the second oldest suburban club in the competition.

The Ormond AFC has three senior teams (Seniors, Reserves and Thirds), an U19s team, and a womens team (introduced in 2017). The club is based at EE Gunn Reserve, Malane Street, Ormond. It has a close association with co-tenant and junior club, the Ormond Junior Football Club. The Ormond JFC has an Auskick program and junior teams in all age groups from U8s to U17s.

The Ormond AFC is a proud and successful suburban football club, having won 13 senior premierships, 19 reserves premierships and 11 U19 premierships, and produced more than 22 VFL/ AFL senior footballers since being established. It has a strong foothold in its local community through its commitment to support local footballers, businesses and other organisations.