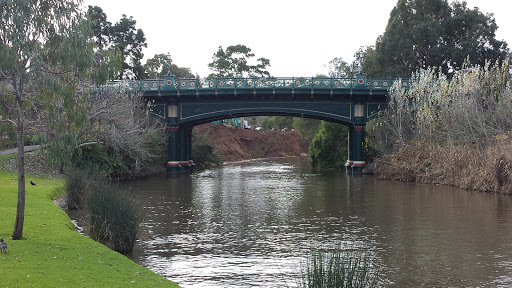 George Tan‘s mantle as the player to reach 50 matches over the longest period has only lasted a few weeks.  He passes it to inaugural E’s player-manager Ryan Harrowfield, who first played for the Whites in 2007. Ryan last played for the Whites back in 2012, taking a sabbatical to raise four boys.  He’s over that now though, and is back … read more.

Some long overdue half-centuries were racked up over the past few weeks.  Conan Shao finally hit 50 after 5 years at the club.  However George Tan surely takes the prize for the longest time to get to 50: his first game with the Whites was back in 2009.  George has played in all five Whites sides, and scored the first … read more.

Belated congratulations to Alan Evans, Ollie Smith and John Wilson who all hit their 100th game in the last few weeks.  Ollie marked his 100 with his first goal for the A’s in a 5-2 route of Unley. Alan’s was celebrated in the 6-1 derby win over Grads Reds.  John’s was unfortunately played against old friends in the south … read more.

League fixtures for 2017 have been released.  The league starts on April 8 and finishes September 2. If you are planning holidays, please take into account when we are not playing! There are no matches on the weekend of July 22-23. Also, as Div 3 only has 9 teams, the C’s will have two byes.  If your … read more.

Registration and payment are due by March 18! Once again, all players must register online with both the Adelaide Uni Sports Association (AUSA) and the Football Federation of Australia (FFA).  You must pay your fees as part of registering with the AUSA. For new players, fees will cover club shorts and socks. Fees Adelaide University Students: $272 … read more.