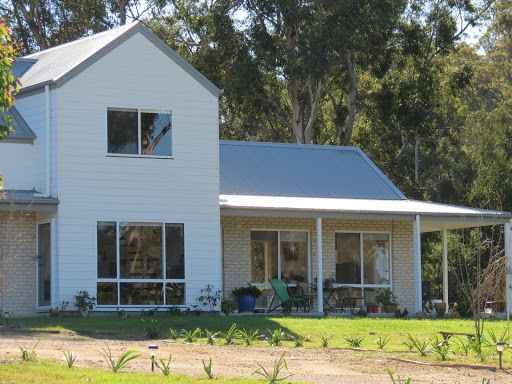 Kevin Gerathy knows who to turn to if he wants more excellent holiday cabins built at the beachside business he owns with wife Cherrie. “I’d definitely go to Coastal Builders again, I probably wouldn’t even get a second quote,” the Beach Cabins Merimbula co-owner says. read more

Sapphire Blue Real Estate principal Dianne Hinde says selling Coastal Builders’ town-house creations is a delight. “The last town-house development, five together at Settlers Park at Pambula, were of such a good standard that we sold all of them prior to their titles being registered,” Dianne says. “They were brick and a nice colonial style that fitted in with the village and everyone was so impressed with the whole quality of the townhouses. They sold very quickly.” read more

Retiree Carol Keddie says she had a tight budget and an even tighter timeline to build her slice of South Pambula heaven. And she says Andrew Holt of Coastal Builders came up trumps on both counts. Carol moved into her new three-bedroom home after a 14-week build and she’s thrilled with the results. read more